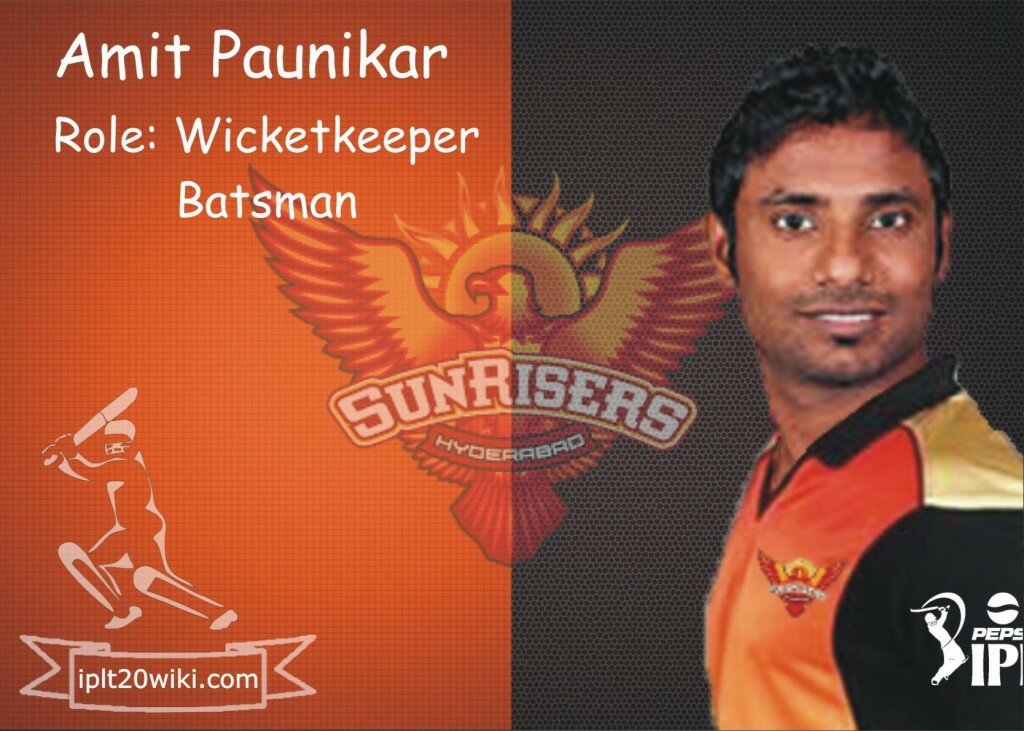 Born on 18th April 1988, Amit Paunikar is an Indian cricket who plays for Vidarbha in the domestic cricket.

He is a right-handed wicketkeeper batsman who can occasional bowl right-arm medium pace.

He was part of the Rajasthan Royals side in IPL 2010 and IPL 2011. However he has so far played only five matches with the team and his performance is not upto the mark.

In players auction for IPL 2014, he has been bought by SunRisers Hyderabad for Rs. 20 lakhs.

He will be hoping to put together better performances for the SunRisers Hyderabad in IPL 2014.