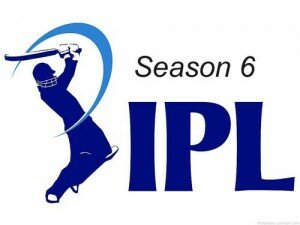 The Indian Premier League (IPL) is a professional league for Twenty20 cricket championship in India.

The tournament was initiated by the Board of Control for Cricket in India (BCCI) in 2007 and is currently being supervised by BCCI Vice President Rajeev Shukla, who serves as the league’s Chairman and Commissioner.

Premier League is generally considered to be the world’s showcase for Twenty20 cricket, a shorter format of cricket consisting only 20 overs.

The upcoming season of Indian Premier League (IPL) is known as Pepsi IPL 6 and it will be contested by nine teams, consisting of players from around the cricketing world.

Kolkata Knight Riders will enter the season 6 of IPL as defending champion, having won IPL 2012, defeating Chennai Super Kings on 27 May 2012 at M. A. Chidambaram Stadium in Chennai.

These nine teams participating in IPL 2013 are -

It is for sure that in cricket crazy nation like India popularity and craze for Twenty-20 Cricket and the IPL fever has gripped the minds of the people in its full intensity.

What do you think, who will win IPL Season 6 Tournament ? Comment your views below.